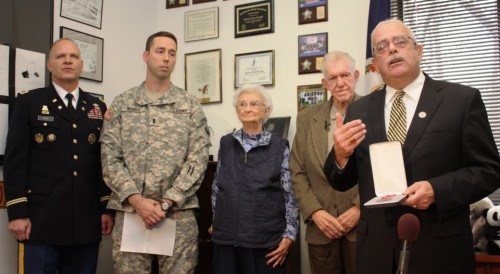 According to a release from Congressman Connolly’s office, the event will be at Freedom High School at 15201 Neabsco Mills Road at 7 p.m. The event will be an opportunity for students to learn about attending the five Service Academies, as well as information about scholarships for Reserve Officer’s Training Corps (ROTC), stated a release.

During the event, representatives from the academies will be giving presentations and answering questions from students and parents, stated a release.  There is an appointment process for each of the Service Academies that is very competitive, and this event is a chance to give students the information they need to pursue an appointment, according to a release.

“Since our first Academy Night in 2012, thousands of students and parents have attended these events. The demand for this information is high due in part to the large demographic of military families in the area and the competitive nature of the appointment process,” Connolly stated in a release.

More on the Service Academies, from a release:

Nominations to the Service Academies are made by the President, Vice President or a Member of Congress.

“These young men and women are answering the call to serve, and I hope that this partnership with Prince William County Schools gives them the information and tools they need to be successful applicants to the Service Academies,” Connolly stated in a release.