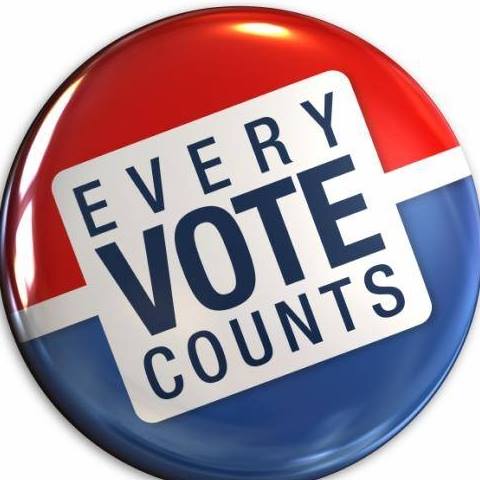 Commuter? Disabled? Away at college? Vote absentee in Prince William

Did you know that you can vote absentee in Prince William County?

According to a release, in-person and mail absentee voting began on September 23, and will give residents an opportunity to vote before Election Day on November 8.

“This year, the PWC Office of Elections anticipates a larger than normal turnout.  In the past, large turnouts have contributed to long lines at the polls.  In 2012, the last vote in Prince William County was recorded after 10 PM, more than 3 hours after entry to polling places was closed. Late rushes and lines at the polling place are normal as commuters returning from work go straight to their precinct to vote,” stated a release.

More on the absentee voting reasons, from a release:

Absentee voting can limit lines on Election Day, allow eligible voters to cast their ballot on their own schedule, reduce the stress of commuters worried about returning too late to vote and make certain First Responders do not miss out on their right to vote when called away to handle an emergency.

One worry voters have about absentee voting is whether their vote will “count”.  Virginia law requires all votes received by 7:00 PM on Election Day be counted.  Virginia voters can rest assured their vote will “count”.  In fact, the largest precinct in Prince William County is typically the Central Absentee Precinct (CAP).  The CAP is where all absentee votes are tallied to be reported with every other precinct’s results.

For information on how to vote absentee, click here.