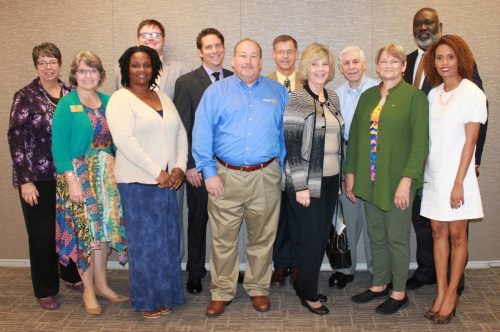 Community comes together to talk homelessness at Landlord Summit

Yesterday, Occoquan Supervisor Ruth Anderson, representatives from the Prince William Area Continuum of Care, the Lake Ridge Rotary, and members of the community came together for a “Landlord Summit” to discuss homelessness in Prince William County.

According to the 2016 Homelessness report from the Metropolitan Washington Council of Governments, there are around 400 homeless residents in Prince William County, many of which are children.

During the event, speakers from the Prince William County Department of Social Services and Barn Inc. spoke about the rapid re-housing program for homeless individuals. Prince William Area Continuum of Care representatives spoke about their coalition of non-profits, and the mission to end homelessness in the county.

Speakers also “encouraged attendees to become a part of the housing solution by renting apartments or livable areas in homes to individuals who are homeless and supported by case managers,” stated a release.

“The summit was a huge success: several attendees considered starting the process to rent space, many organizations found new ways to work together and several stated a need for additional forums on the subject of homelessness. One unexpected outcome was that a veteran advocate was linked to a homeless veteran…and a resolution was in progress before the summit ended,” stated Anderson in a release.