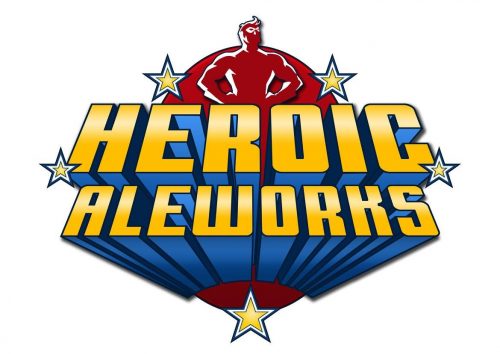 Heroic Aleworks, a comic book and superhero-themed brewery is coming to Woodbridge.

Located in the Featherstone Industrial Area at 14910 Persistence Drive, the brewery is currently under construction.

According to co-owner Jonathan Groner, Heroic Aleworks will have a 15-barrel, 4-vessel system with 30 barrel fermenters.

“The really unique thing about Heroic Aleworks is that everything is based around comic books and superheroes. So every single beer that we make has its own comic hero associated with it that is all from our own minds,” said Groner.

The brewery will include a tasting room with comic book art on the walls from local artists, as well as an area for roleplaying, table-top gaming, and cosplay events, according to Groner. There will not be any food made on-site, but food trucks will be scheduled, and delivery menus will be available, said Groner.

Groner worked for 11-years as a Virginia State Trooper and special investigator, and said that there is some crossover to his previous profession and his new role as a brewery owner.

“All of those technical aspects of that job kind of play into this job,” said Groner.

Groner and fellow co-owner Tim Hoke began as home brewers, and developed their skills and passion for making craft beer.

“First we started the Prince William Brewers Guild, which is a home-brewers club in the county, and then we decided to give a brewery a shot,” said Groner.

For Groner, the brewery will be a great place where a love for comic books and craft beer meet.

“There’s a lot of craft beer enthusiasts – you know, [and] adults that are into comics and have been for a long time, since they were kids,” said Groner.

Heroic Alework’s Lead Brewer Leon Harris said that the brewery will offer 5 core beers, each with a superhero theme. Harris also said that there will be villain specialty beers as well.

“We’re the only brewery in this general area who’s going to have five superheroes [beers] that are going to be there every single time…and villains, because those change up constantly – you guys decide whether they live or die,” said Harris.

They currently have an Indiegogo campaign to raise funds for the brewery.