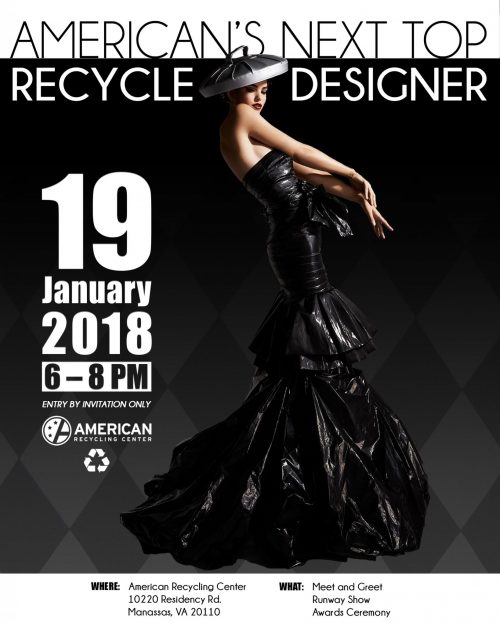 American Disposal Services and the American Recycling Center are swooping in to save the day for Colgan High School students.

According to a release, Fashion Design students at the high school had originally entered creations in the “Off the Wall Competition” for America’s Next Top Recycle Designer, where they were required to make ensembles out of recycled materials.

But the best of plans went astray.

“Due to the schools’ snow closure, the students could not retrieve their artwork,” and the companies decided to host a competition reception for those students, according to a release.

The reception will be on January 19 at 6 p.m. at the American Recycling Center at 10220 Residency Road in Manassas. There will be a meet and greet, runway show, and awards ceremony, stated a release.

The first place winner from the group will win a professional photography session from TriVision Creative Studios, according to a release.