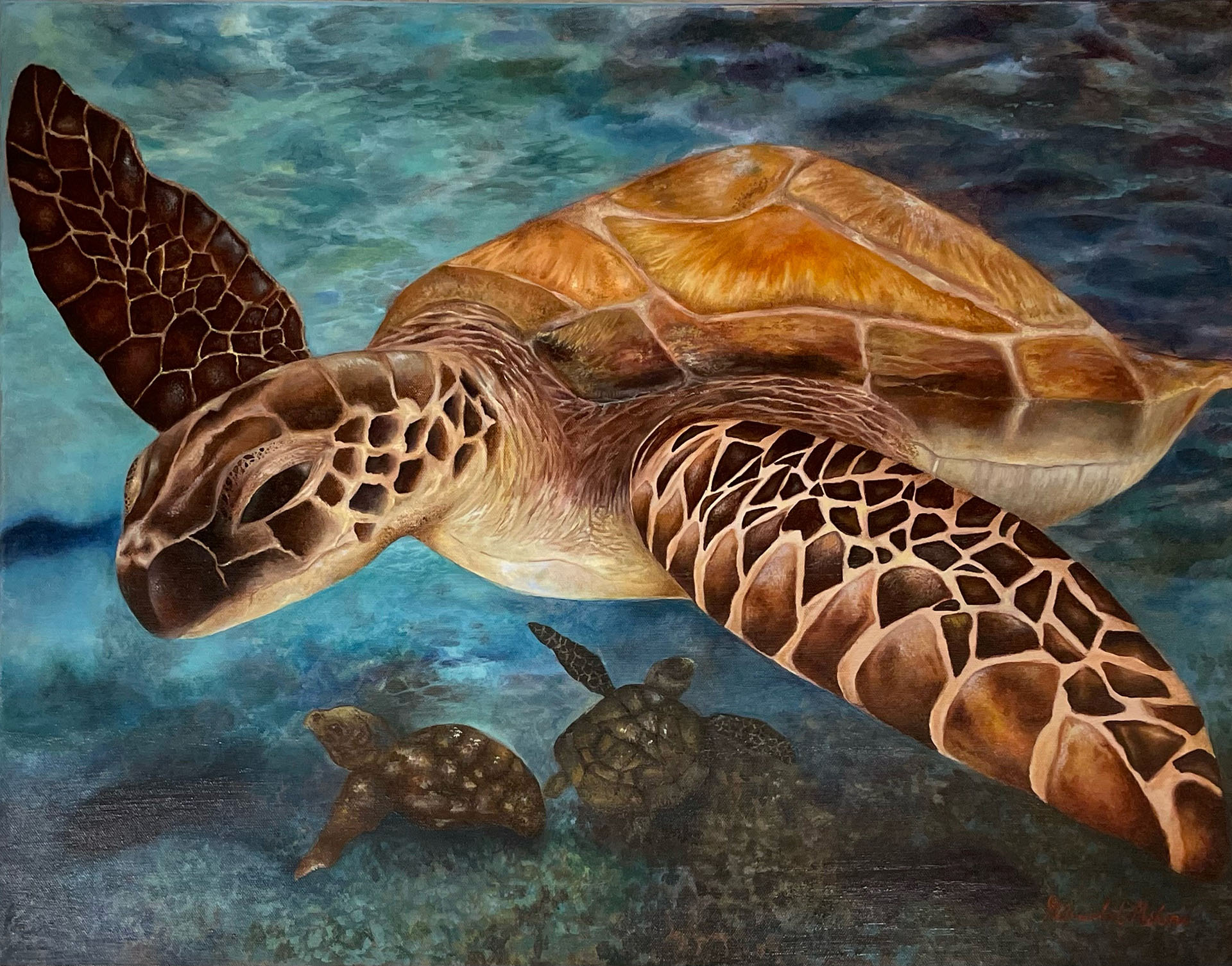 Colgan High School sophomore Gabriela Molina Otaiza won the grand prize when she submitted a painting depicting sea turtles, according to a release from the Service Authority.

“I think our most precious resource isn’t what only benefits us but what holds our planet and other organisms together,” Molina Otaiza said in a release. “In this case, water is the protector for these turtles, seen as the mother shields her babies. They are depicted at a time of reunion where water is the vessel for connection.”

The Water Art Invitational received over 130 student submissions that had different focuses, such as animals, plants, recreation, and industry. Its theme was “Water: Our Most Precious Resource”.

There are virtual galleries showcasing the pieces and a recorded version from the awards ceremony, which can be found on the PWCSA website.

“I have been part of the Water Art Invitational for many years, and the students always rise to the challenge of using art to communicate the value of water,” Service Authority Board of Directors Woodbridge District representative Joyce Eagles said in a release. “This year’s artwork feature animals and plants relying on water, people walking miles to collect their drinking water, and the many uses of water in industry and recreation. The students did an excellent job of drawing on their own experiences and knowledge.”

The 2022 Water Art Invitational gave many students a chance to showcase their artistic own abilities in a multitude of categories, such as Painting & Drawing, Computer Graphics, Photography:

The winners and their teachers are being awarded cash prizes granted by the 22 corporate sponsors, such as Stewardship Sponsor GeoIdentity, and Presenting Sponsors Micron Technology and Ulliman Schutte Construction.

The entries that won will be found in Service Authority facilities and a 2023 Water Art wall calendar.

This article was written by Contributing Writer Nicholas Nohe.