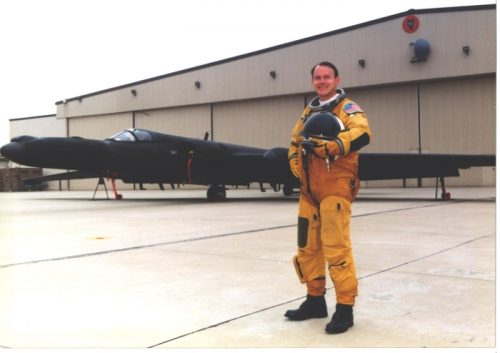 The Cold War Museum and Vint Hill Winery will be hosting a special event on January 22 to talk about the Cold War and U-2 aircraft– and also share a glass of wine.

During the event, Commander of VFW Post 7916 and retired United States Air Force Colonel Chuck Wilson will be speaking about piloting the U-2 and the Cold War, according to a release.

The area has a local tie in to the Cold War, as the site of the museum is a former Top Secret signals intelligence based outside of Gainesville, stated a release. The museum is inside one of the Vint Hill Farm Station buildings that were in use during the Cold War by the United States Army, National Security Agency, and the Central Intelligence Agency.

More on Wilson, from a release:

Chuck Wilson has piloted the U-2 on very sensitive missions around the world, served as a U-2 Instructor pilot and as a U-2 Flight Commander. He also commanded U-2 Squadrons at Taif Air Base, Saudi Arabia, Osan Air Base, South Korea, and was also the Commander of the Air Force C2 Center of excellence that became the 505th Command and Control Wing, at Hurlburt Field, Florida.

Colonel Wilson served on the Joint Staff, in Office of the Secretary of Defense, and the Department of State where he led US delegations to facilitate diplomatic arrangements for US Forces to deploy Operations Enduring Freedom and Iraqi Freedom. Many arrangements included sensitive U-2 missions. This was a key position following the 9/11 attacks upon the US. Wilson retired from the Air Force to look after his parents and became a business executive with both Raytheon and L-3 Communications specializing in intelligence systems. Currently he an Aerospace Business Consultant with the Goyak Group.

Colonel Wilson is also the Commander (Executive Director) of the Veterans of Foreign Wars Post 7916 in Occoquan, VA. In his role as a prime advocate for veterans, he was instrumental in influencing Virginia legislation to ensure that all Veteran Service Organizations, like the VFW, would be recognized as non-profit charitable organizations as the Federal law provides. In his spare time, he is a Docent and military aviation lecturer at the Smithsonian Air and Space Museum at Dulles.

Tickets are $25. For more information or to secure a ticket, click here.