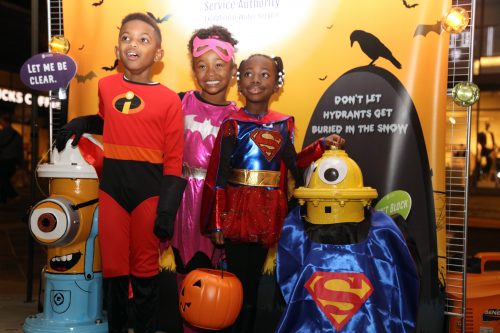 1K children participated in ‘Dress a Hydrant’ in Woodbridge

Last week, the Prince William County Service Authority (PWCSA) held their annual ‘Dress a Hydrant’ event in Woodbridge and it was a great success.

According to a release, the event was held on October 27 at Stonebridge at Potomac Town Center, and more than 1,000 children came out to ‘dress up’ fire hydrants and strike a pose alongside them.

“Outfitted as a hydrant and shovel, the Service Authority’s Community Outreach staff provided important safety-themed messaging while handing out goodie bags to families,” stated a release.

PWCSA’s event was held as part of the Spooktacular festivities at Stonebridge.

“We are so thrilled that everyone had a great time. The kids were able to learn fun hydrant facts while their parents received important tips like not letting their neighborhood hydrant get ‘buried’ in the snow during the winter months,” stated PWCSA Community Outreach Manager Karen Takacs in a release.