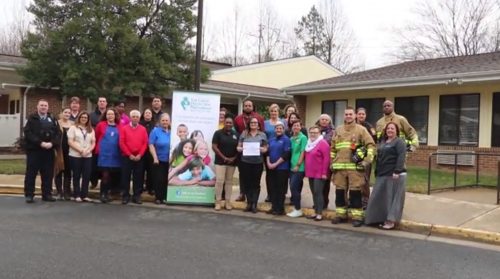 Thousands of children are abused and neglected each year.

The issue is ongoing in Northern Virginia, where more than 9,800 reports of abuse and neglect were made.

Several organizations and individuals are choosing to spread awareness.

Prince William citizens and representatives from various businesses, non-profits and agencies gathered to create a video at the Arc of Greater Prince William on Wednesday.

The video, filmed and edited by What’s Up Prince William, seeks to educate viewers about child abuse and neglect.

“It shows people the statistics of what happens — not just in the country, but also in Northern Virginia,” Child Protection Partnership Co-Chair JoAnne Renton said.

Viewers also learn how the environment children are raised in can affect their self-perception.

The video is one way the Child Protection Partnership, which strives to eliminate child abuse and neglect in Prince William County, hopes to pass the information on to others.

“Child abuse is such a serious issue, and people really don’t want to talk about it,” Renton said. “So, we look for ways that we can grab people’s attention and get the word out.”