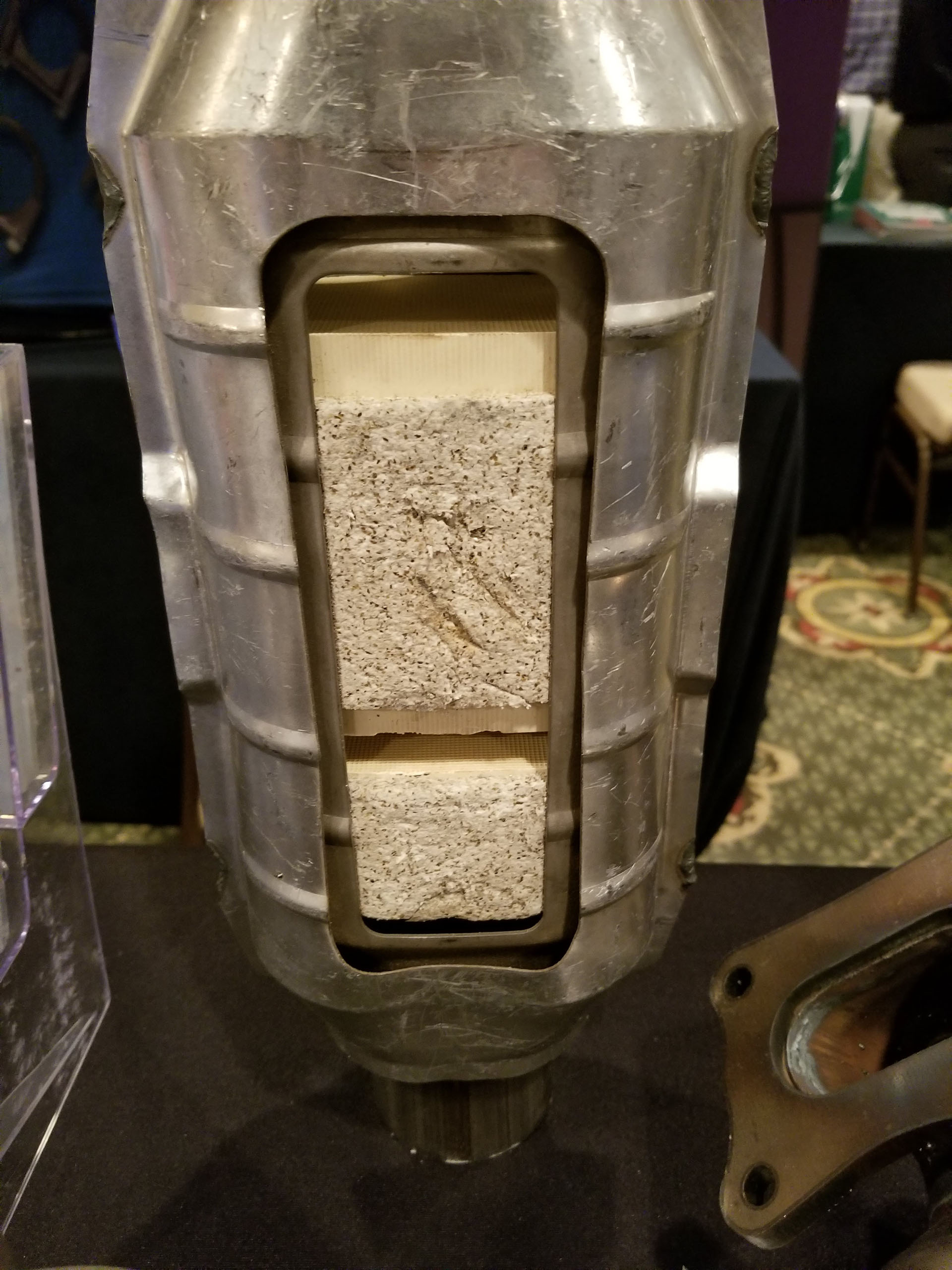 The drawbacks of a cheap catalytic converter

At some point in time, you may need to have a catalytic converter replaced.

There might be a running problem or possibly a code that comes up on the computer an auto repair shop hooks up to your vehicle.

Sometimes, the check engine light turns on and there’s a PO420 code, which relates to the catalyst system’s efficiency.

The cause of this code can range from an old catalytic converter that isn’t doing its job anymore to how a car is running.

You also may see a flashing check engine light, which means you’re having a misfire on the engine. If this indicator is flashing, you should have it looked at right away and avoid driving it.

Operating the car could cause catalytic converter damage and material in this component could actually melt. That causes a restriction in the exhaust, preventing the air from getting out.

For example, fuel-injected vehicles can have weird shifting issues, low-power, even some chugging misfire – not only from the ignition misfire or the engine misfire but just because it’s so restricted that the engine cannot run correctly.

This is why having diagnostics done at your local auto repair shop over just having the codes from the computer read. You might get codes saying the engine isn’t running correctly when the catalytic converter is clogged up. It can also mask transmission shifting problems. Cheap catalytic converters are out there, but that doesn’t mean they’re good.

The materials that make up the catalyst in the catalytic converter, are materials such as platinum, palladium and rhodium.

What also can make a difference is how that material is made and how much the materials are in it. This can impact how well it runs and its lifespan.

Let’s say you’re looking to buy an air filter. Your car uses a big air filter but you decided to buy a really small one. That small air filter isn’t going to collect as much dirt.

In the case of the catalytic converter, if you buy a cheap one, it’s not going to convert the exhaust gases as much.

A cheap catalytic converter may work for a while. In our experience, we have found that they’re good for about a year to maybe two years. An emission test is required every two years in parts of Virginia. Generally, they don’t make it to the next emission test before they need to be replaced.

So, you’re better off replacing the catalytic converter with a good one that contains the correct amount of material. You’ll be better off in the long run.

You should also be watchful of catalytic converter theft. Many are being stolen, especially off pickup trucks and commercial vehicles, because thieves can easily get underneath and cut them out.

Insurance companies want to go the cheapest route, so it’s important that you make sure they aren’t just having a shop weld in an aftermarket converter. If they do and you need to have it replaced later on, you will be stuck with the bill of replacing the pipes in the components before and after the converter.

If you’re getting rid of the car, that’s fine. But if you’re going to keep it, make sure that the insurance companies are putting in Original Equipment (OE) equivalent parts and replacing the pipes.