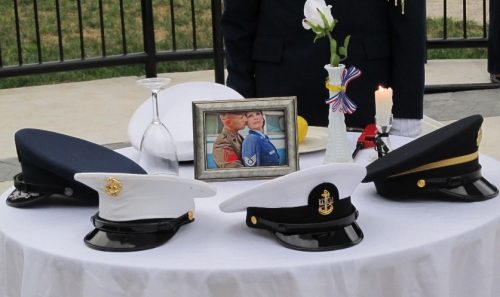 According to VFW member Robert Maggi, the ceremony was held at River Mill Park on September 16.

“The ceremony took place under a slate gray sky and along the still water of the Occoquan River, a quite fitting venue for this most solemn event in honor of the sacrifice of not only America’s 30,000 living POWs and 83,000 MIA, but their families as well.  For the mothers, fathers, sisters and brothers who suffered the heart break and pain of their warriors as if it was their own,” stated Maggi in a release.