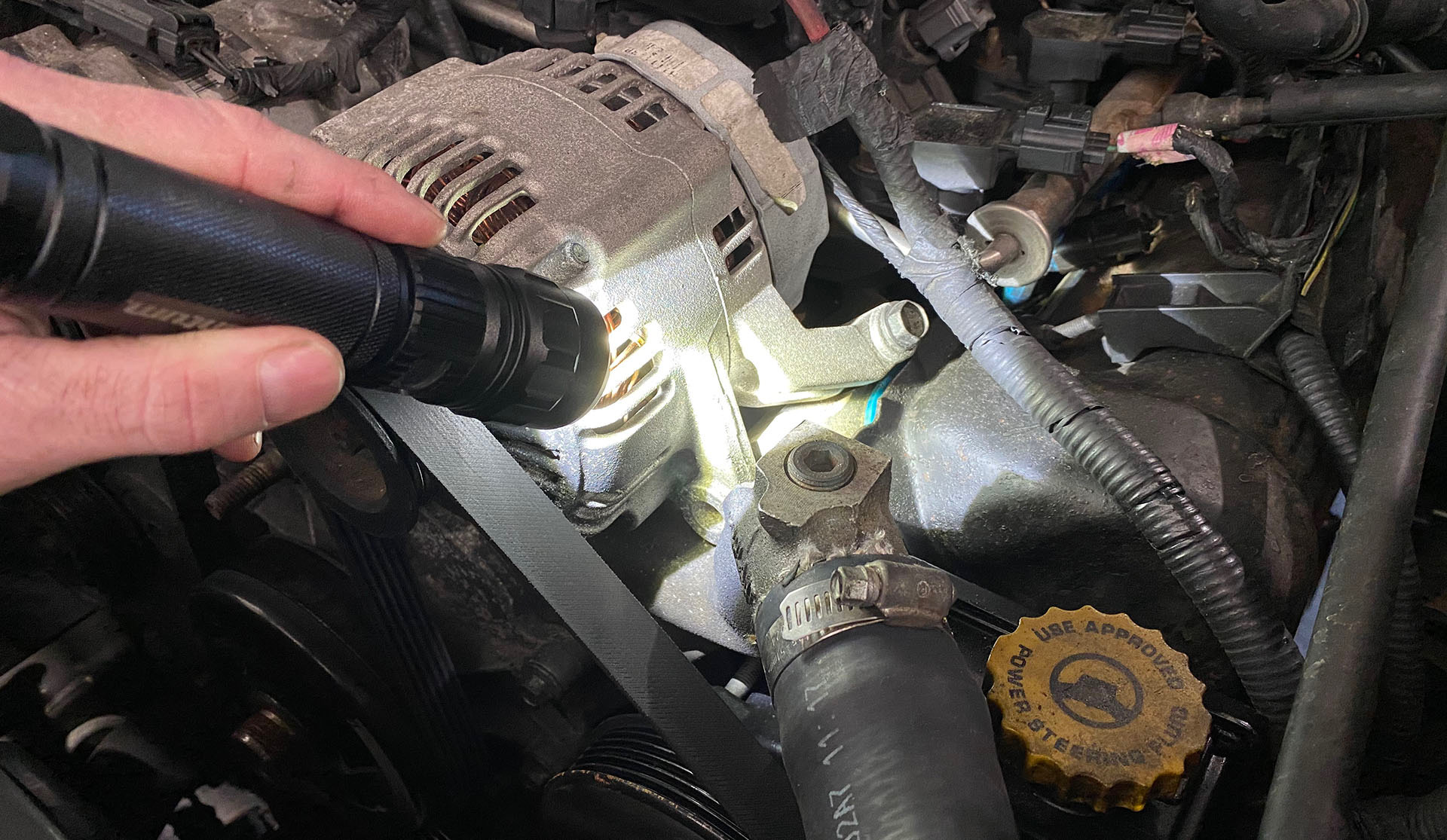 What are the causes, signs of an overheating engine?

Your vehicle has warning lights and signals for a reason.

Choosing to ignore them can lead to trouble later on.

We worked on a Jeep Liberty that had an overheating engine. A few symptoms occurred that hinted at this problem.

First, the check engine light turned on. A check engine light can turn on for many reasons. If it comes on, we recommend having it checked out as soon as possible. This can help save the technician time in pinpointing the issue – saving you money on diagnostic testing costs.

The heat gauge also went all the way to the right and a red light appeared on the dashboard.

All of these indicators were ignored, and the engine locked up.

By the time the vehicle was brought to us, the hot engine temperature had warped the cylinder head and valve cover.

When those components become distorted, it blows out a head gasket. This causes coolant to leak into the combustion chambers.

The engine won’t run the same way again and needs to be replaced.

What causes an overheating engine

There are various causes behind an engine overheating.

In the case of the Jeep Liberty, the customer mentioned that a radiator hose had blown recently. It was fixed, but the problem continued. The vehicle was driven without coolant for an extended period of time.

Low coolant is one of the main reasons overheating occurs. Other than a coolant leak, this issue can be a sign that there’s a problem with the thermostat. The thermostat regulates how much coolant flows between the engine and radiator.

Issues with the electric cooling fan and other electrical parts are also possible culprits.

What to look for

You can’t tell with the naked eye if an engine is overheating. An engine rarely becomes so hot that parts melt. However, all sorts of warning signs will go off.

White smoke out of the exhaust may indicate a blown head gasket or a cracked cylinder head, because coolant has gotten into the exhaust.

In extreme cases, you may notice the engine emitting steam. The radiator cap serves as a pressure relief valve, which allows coolant to go into the overflow tank. Every vehicle has a tank, which is where the coolant goes when you turn off the engine so the coolant doesn’t go out on the ground. If you have too much pressure, the coolant will be pushed out of the overflow reservoir, causing steam to come up.

Rough running is another indicator that you have a head gasket or a cracked cylinder head and coolant is entering the engine.

Continuously adding coolant and not seeing any leaking on the ground can also be a sign that you have a problem.

On top of maintaining your vehicle, you should be aware of odd situations and noises and reach out to a repair shop when you notice them. There could be an important issue that needs to be addressed.