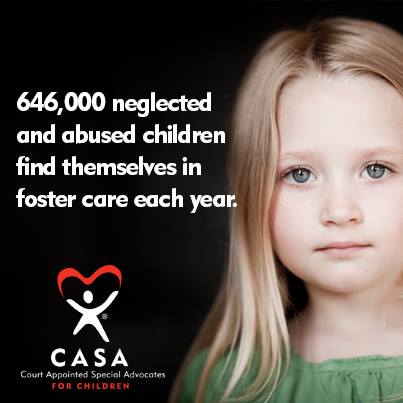 CASA CIS wants to host a party – and they need your help.

The organization, Court Appointed Special Advocates – Child Intervention Services, is an organization in Prince William County that acts as an advocate for abused and neglected children, according to Executive Director Stephanie Hodges.

“The court allows us to do mandated reporting for the children that we represent – who are neglected and abused. So once Social Services gets called for a family unit, then we also get the case as well, and we represent [the child] in court,” said Hodges.

CASA CIS is the largest program of it’s kind in Virginia, and helps 400 to 500 children per year, according to Hodges.

Currently the organization runs out of an office condo, and Hodges is determined to pay off the remainder of the $19,718 mortgage on the space.

“My background includes crowd fundraising – crowdfunding for online campaigns for orphans, and building orphanages around the globe…and one of my first campaigns, which is new to the program, is paying off the mortgage via crowdfunding,” said Hodges.

According to Hodges, by paying off the mortgage, CASA CIS will have resources to help more children.

“The mortgage is under 20,000, so I felt like that was a very realistic goal to hit…when we are able to pay off the mortgage, that money gets allocated back to the child…[we’ll] be able to represent more children,” said Hodges.

Once the mortgage for the office is paid off, the organization will be hosting a ‘deed burning’ party and barbecue, according to Hodges.

“Anyone that donates to the fundraiser is going to get a book of matches, a mockup deed in the mail, and an invitation to the barbecue and party to burn the deed,” said Hodges

Party details will be confirmed once the mortgage is paid off, so they can plan for the amount of donors that helped CASA CIS meet it’s goal, according to Hodges.

People that are interested in helping CASA CIS reach their goal can donate here.