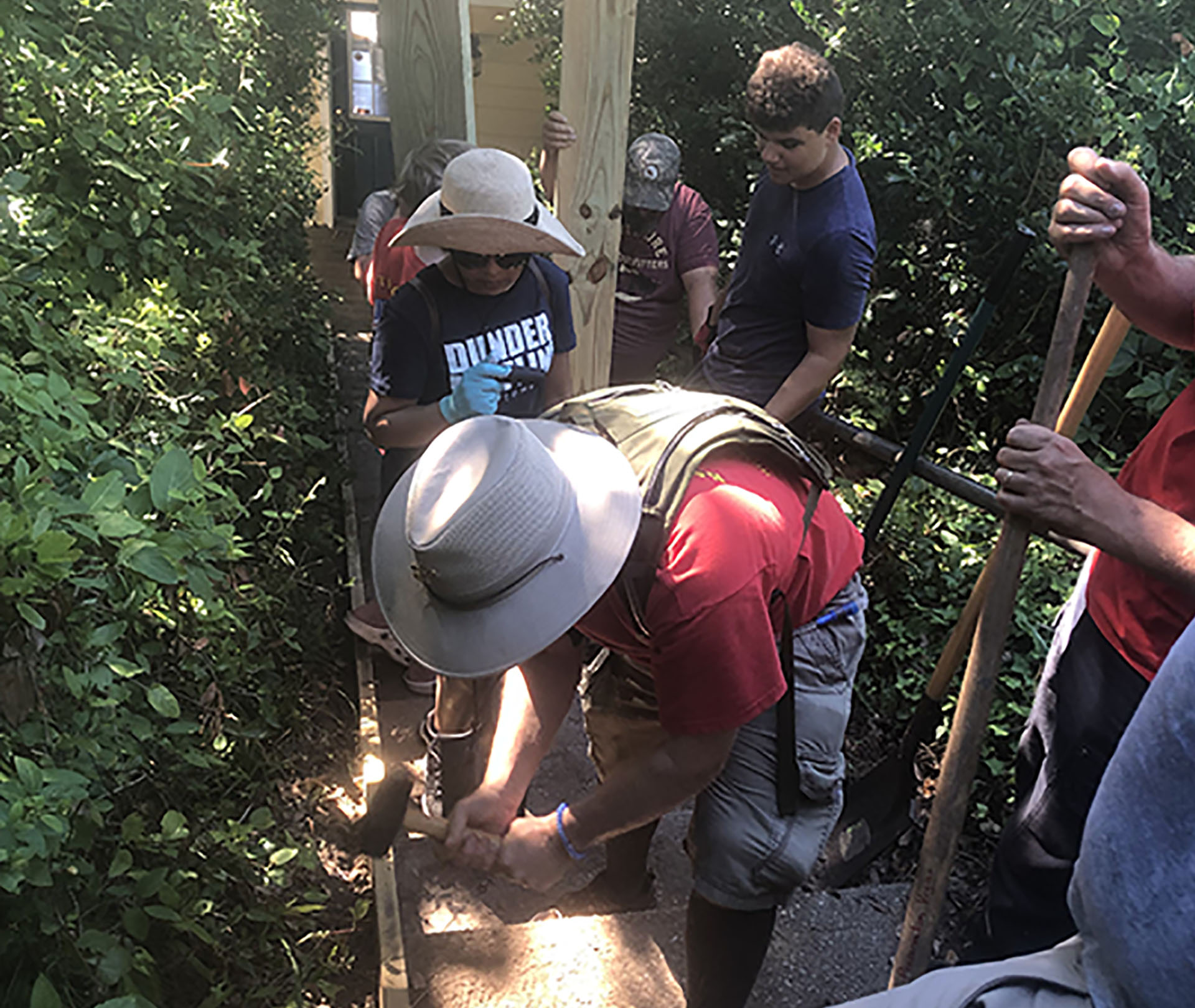 Local scouts are extending their impact to other parts of Virginia.

More than 40 volunteers dug trenches and installed 2×8 boards next to the stairway that brings visitors to the lighthouse, according to an article written by Life Scout Andrew Ferencz.

Through the Cape Henry Lighthouse project, which took place at the end of June, the troop sought to reduce the amount of sand and leaves that cover the stairway. As a result, it received the Boys Scouts of America Historic Trails Award. The construction of the 90-foot-tall Cape Henry Lighthouse dates back to 1792. Its establishment stems from the 9th Act of the initial United States Congress’ first session. The act led to the creation of the U.S. Lighthouse Service and became a law when George Washington signed it on August 7, 1789.