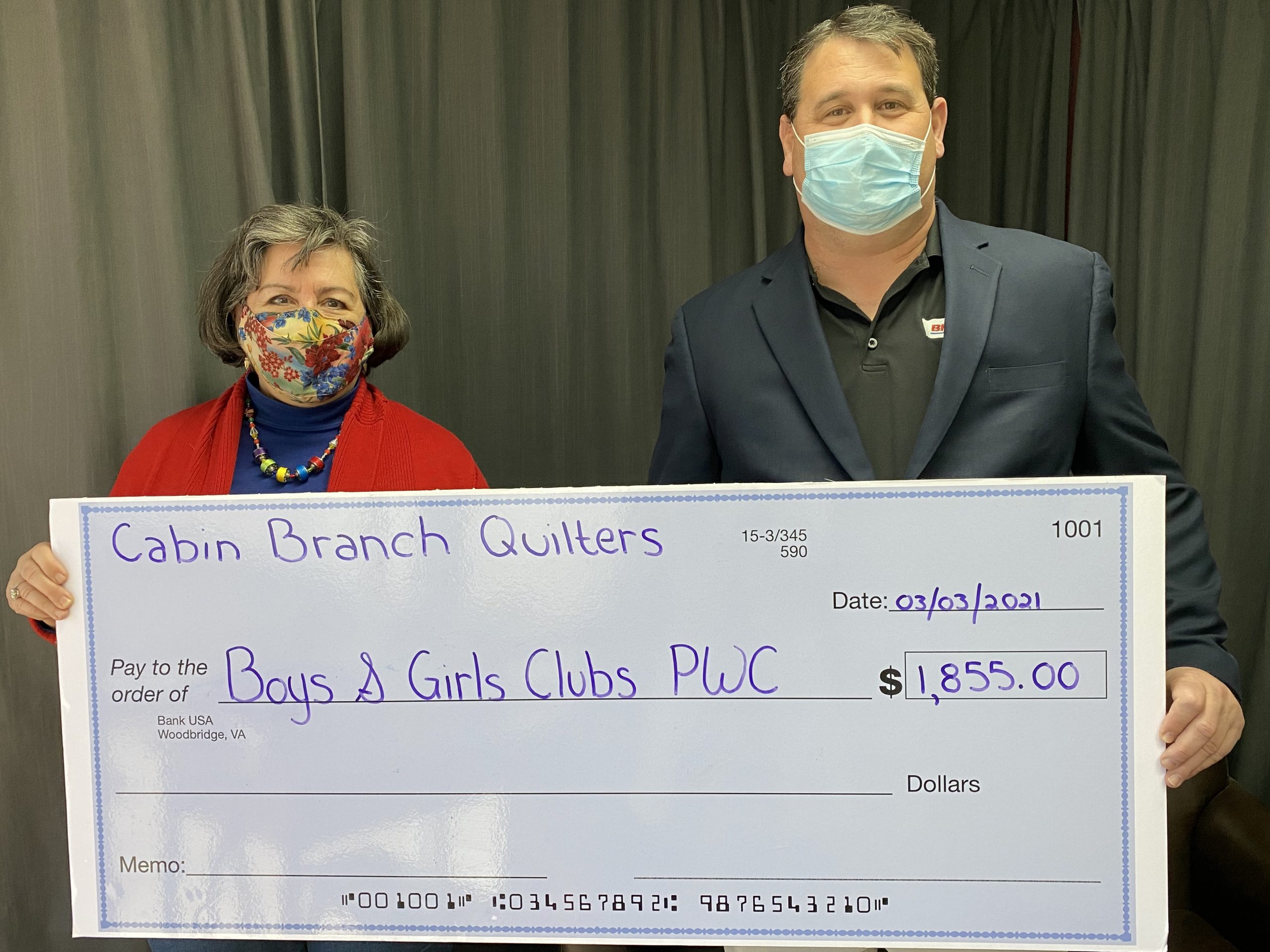 Three branches are located in Prince William County – the General Heiser Club in Dumfries, the Hylton Club in Dale City, and the Martin K. Alloy Club of Manassas. They offer programs that focus on a wide variety of topics, including education and health.

“We really appreciate the Cabin Branch Quilters supporting the Boys & Girls Clubs,” Billingsley said. “This donation will help kids learn new skills and prepare them for the future.”

The proceeds were collected through tickets for a raffle quilt that was made by Rosie Blok.

Cabin Branch Quilters likes to support local charities, according to Marianne Gravely, who was in charge of raffle ticket sales.

Boys & Girls Clubs also have a special place in the hearts of the quilting guild’s members.

“A couple members either went to Boys & Girls Clubs or their children did. I mean, when I was younger, I taught at a Boys & Girls Club down in Norfolk,” Gravely explained. “So, we want[ed] to do something that would help children in Prince William County.”

Cabin Branch Quilters was established in 1989. More information can be found on the quilting guild’s website.