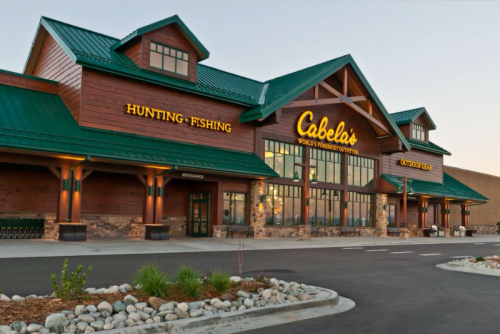 The new Cabela’s is opening in Gainesville at Virginia Gateway on March 9.

According to a release, Cabela’s will be hosting their grand opening celebration at 5291 Wellington Branch Drive.

Starting at 7 a.m. on March 9, Cabela’s will have entertainment, the appearance of TV and radio host Laura Lynn, and a performance by Lucas Hoge.

And at 9:45 a.m. there will be a ribbon cutting ceremony before doors open at 10 a.m., stated a release.

“The first 500 customers in line, 18 years of age or older, will receive a Cabela’s gift card valued from $10 to $500, plus a chance to win one of three Remington firearms,” stated a release.

More on the grand opening weekend festivities, from a release:

9am: Doors open; the first 50 customers through the door Friday will receive a Cabela’s utility bag