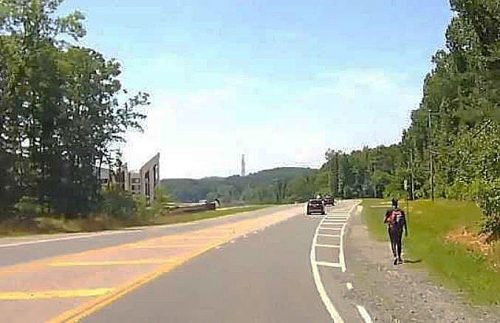 Businesses will be affected by Neabsco Mills Road widening project

Prince William County business owners and residents have a few questions and concerns after hearing the details of a proposed Woodbridge project.

This week, staff members from the county’s Department of Transportation received feedback about recommended work on Neabsco Mills Road.

Community members discussed the proposal at a public hearing the department hosted at Freedom High School on Wednesday.

Supervisors John Jenkins and Frank Principi were in attendance.

As part of the estimated $35 million widening project, Neabsco Mills Road would be expanded from two lanes to a four-lane divided road from Route 1 to Smoke Court,.

Additionally, a shared-use trail and a sidewalk would be added along the 0.8 mile section.

Officials plan to begin the project in fall 2020 and complete it in fall 2022, according to a release from Prince William County.

Community members and several towing businesses on the eastern end of Prince William County could be impacted by the widening project.

Customers of businesses located in Hanco Center would be forced to make a U-turn near the south entrance of Northern Virginia Community College’s (NOVA) Woodbridge campus.

It would be difficult for tractor trailer and tow truck drivers to make the turn, public hearing attendees pointed out.

The proposed road improvements could impact the amount of time it takes for towing companies stationed on Neabsco Mills Road to respond to calls they receive from the Virginia State Police and Prince William County Police Department (PWCPD).

Business owners are also questioning to need to widen the road.

“I believe there should be some improvements, including sidewalks, so the students can safely walk up to Freedom High School and Northern Virginia Community College,” said ST Billingsley, owner of Steve’s Auto Repair & Tire, which is located adjacent to Neabsco Mills Road.

Billingsley said that he believes funding for the road improvements could be used for other projects in the Woodbridge area, such as Telegraph Road.

The project, he added, might not be necessary, as traffic on Neabsco Mills Road is only heavy for about an hour or two a day.

“This road may have been a priority in 2014, when other road projects weren’t completed and officials were considering constructing a baseball stadium,” Billingsley said. “But since the Route 1 and Dale Boulevard intersection has been finished and the stadium is not being built, we might not have the amount of traffic that was originally anticipated.”

Sam Hill, provost at NOVA’s Woodbridge campus, is optimistic that the road work will reducethrough traffic at the school.

“We’ve got a four-way stop sign in the middle of our campus, and people don’t respect it. We’ve had students almost hit,” Hill said. “So, hopefully, this will take care of the problem, because maybe people won’t have to come through the campus.”

Hill asked officials to keep the college’s master plan in mind when moving forward with the project.

NOVA plans to increase enrollment, and add three new buildings as well a sports complex in the coming years.

The changes could impact the amount of traffic at the school’s southern entrance.

“That’s a secondary exit for our students now, but when we grow and add those buildings, we probably will have more students exiting out [of] the south entrance,” Hill said.

Project leaders, an official explained after the meeting, are planning to set up the intersection at NOVA’s southern entrance to accommodate any improvements the school may need to make in the future, due to its increased enrollment and additional facilities.