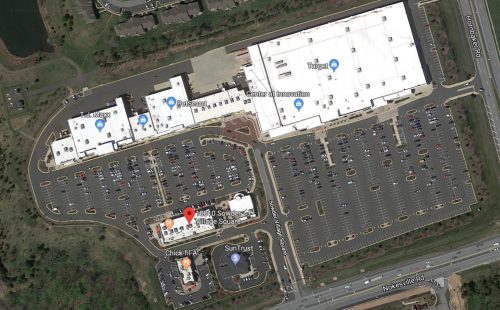 JCR Companies, an acquisition and management firm, has purchased the Center at Innovation shopping center in the Manassas-Bristow area for $31 million.

The area is undergoing large scale development, with more than 1,000 residential units planned and under construction nearby.

This is not the first commercial property JCR has acquired in the area – they also own the Signal Hall Shopping Center on Liberia Avenue.

“JCR plans to sell the three pad sites that are currently leased to Chick-Fil-A, SunTrust Bank, and Red Robin, and to fully lease the inline space.

The new ownership already has begun negotiations with potential buyers for the pad sites,” stated a release.

The company plans to acquire more than $100 million worth of retail property in the Washington, D.C. area.

“We are more bullish than ever on necessity-based neighborhood retail,” stated JCR Principal Joe Reger in a release.