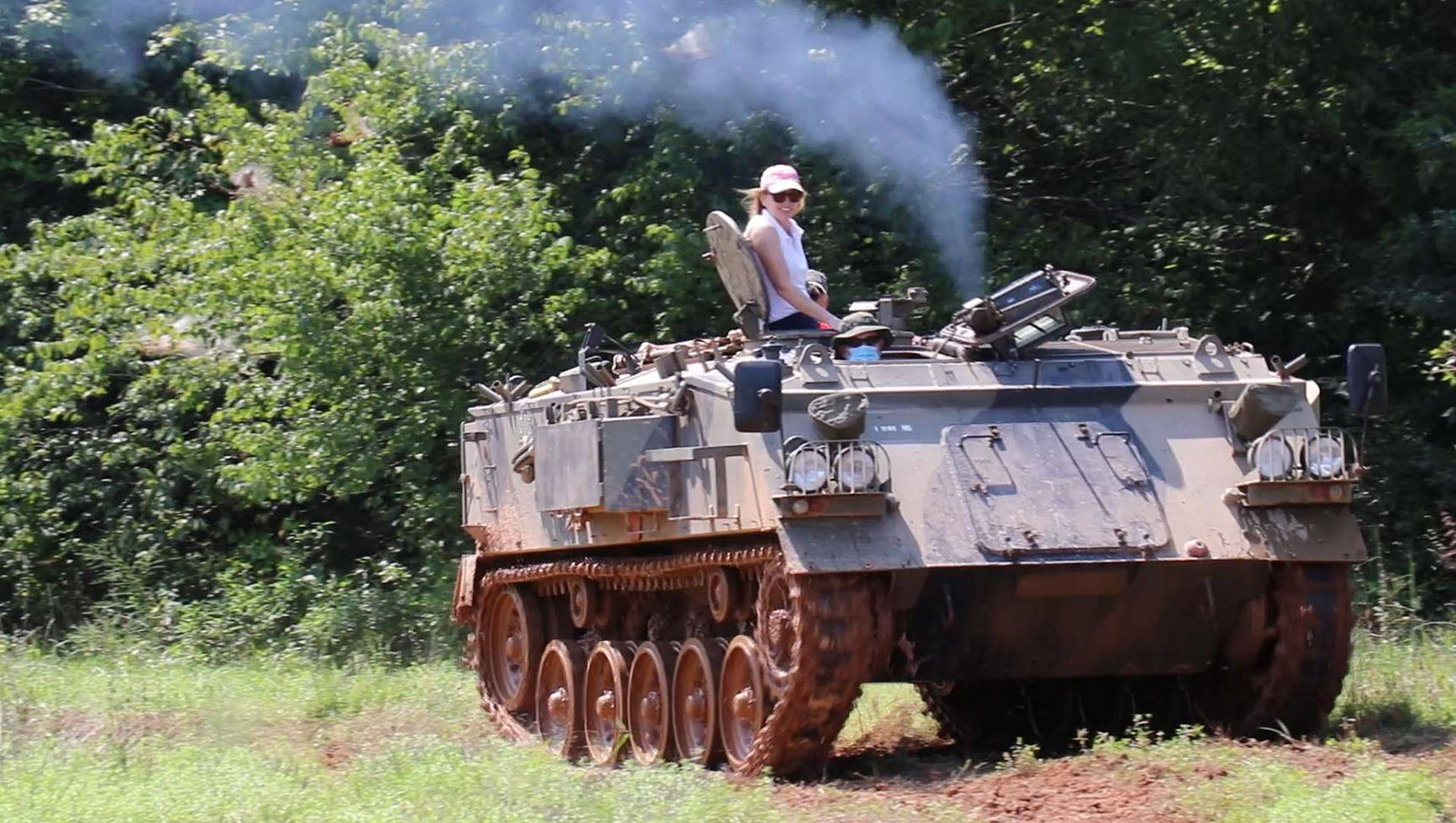 Organizations and community leaders paid a visit to the Tank Farm a few weeks ago.

Located in Nokesville, the Tank Farm is run by the National Museum of Americans in Wartime Museum (NMAW). A Tank Farm Open House is usually held each year. However, due to the Coronavirus outbreak, the 2020 event was cancelled.

According to Lawson, Founder Allan Coors has invested time, money and heart into the NMAW.

“I was able to have a personal tour from Mr. Coors, and I learned so much,” Lawson said. “I enjoyed a fun ride on one of the tankers, and I just think this is such a gem for Prince William County.

In addition to the Tank Farm, the museum has 70 acres of land in Dale City that was donated by the Hylton Foundation.

The NMAW plans to build an educational center and five “landscapes of war” that cover different points in history — World War I, World War II, the Korean War, the Vietnam War, and conflicts in Iraq and Afghanistan.

“I think that this is a great, new asset to draw tourists to Prince William County and … learn about tanks at an interactive museum … The plans that this organization has are phenomenal,” Lawson said.