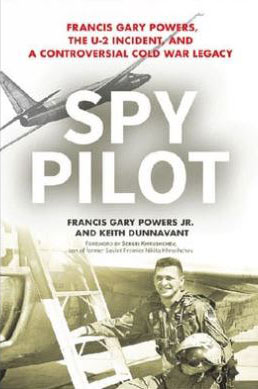 May 1, 1960. Francis Gary Powers, a now-famous U-2 pilot during the Cold War, was shot down over the Soviet Union.

Powers was captured by the KGB, put on trial and imprisoned. He was eventually returned to the United States in exchange for captured soviet spy Rudolf Abel.

Upon his arrival home though he received a less than warm response due to the press and the unwillingness of the government to heartily defend him. As a result, his life was clouded with controversy until his untimely passing in 1977.

However, a new event, led by his son Francis Gary Powers Jr. and organized by the Cold War Museum and Old Bust Head Brewing Company intends to provide further insight into his controversial story.

For those interested, the presentation will occur at the brewery,  7134 Lineweaver road in Vint Hill on June 9 at 2pm. Admission is $35 in advanced and $45 at the door. The price includes a $20 contribution to the museum, a $7 credit towards a beverage and special access to the museum with a tour at the conclusion of the presentation.

Further information and tickets are available on eventbrite.

This article was written by Contributing Writer Patricia Keitz.