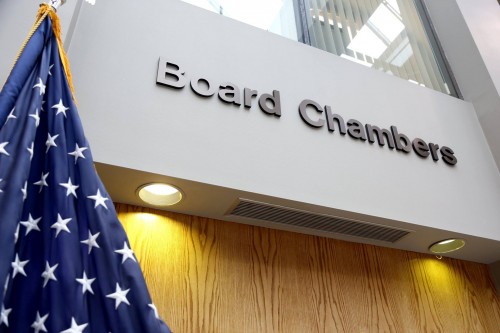 Bringing in and retaining fire and rescue personnel continues to be a challenge Prince William County faces.

It’s one issue that a proposed spending plan seeks to address.

On Tuesday, the Board of County Supervisors (BOCS) got their first look at the proposed $1.6 billion all funds fiscal 2019 budget.

The proposal, presented by County Executive Chris Matrino, sets aside $3.1 million for the first phase of a plan that seeks to recruit and retain public safety personnel.

“Unfortunately, we have experienced a high rate of turn over in sworn positions, and that’s not acceptable and it’s too costly, quite frankly,” Matrino told the BOCS Tuesday. “So, we’re proposing to address the pay compression and market competitiveness issues in two phases.”

In fiscal 2019, which takes effect July 1, county officials plan to focus on the salaries of current employees and create pay scales that are based on experience.

During the second phase, which begins in fiscal 2020, personnel could switch to a 56-hour work week.

Occoquan District Supervisor Ruth Anderson mentioned that increasing the number of work week hours may not be the best route to take.

“In terms of the 56-hour work week, I’m hearing from some leaders among firefighters that this is not something they believe will help with retaining firefighters,” Anderson said. “They like the work week that they have now and feel like that’s one of the really good things about the Prince William fire fighting system.”

The current shift, Matrino explained, is one reason why personnel are choosing to resign before they’re eligible for retirement.

“Some folks in the fire service are on the 24/48-hour shift,” he said. “Others are on a 12-hour 4 days a week shift, and that’s not desirable at all and that’s the feedback that was received loud and clear through the report.”

“It’s in the private sector and if we can use it in the public sector, we should at least consider it,” Lawson said.

In addition to funding for public safety personnel retention and recruitment, the proposed budget allocated $430K for adult substance abuse treatment and $328K for a Crisis Assessment Center.

The plan also sets aside about $578.8 million for Prince William County Public Schools (PWCS). The county funds 57 percent of the school system’s budget, as part of their revenue sharing agreement.

Following a public hearing on March 21, the School Board will adopt its budget, which it will present to the BOCS on April 3.

A public hearing on the county’s Capital Improvement Plan (CIP) will be held on April 4. A budget and tax rate public hearing is scheduled for April 10.

The BOCS will adopt its budget on April 24.

County officials are encouraging community members to attend meetings and provide their feedback throughout the budgeting process.