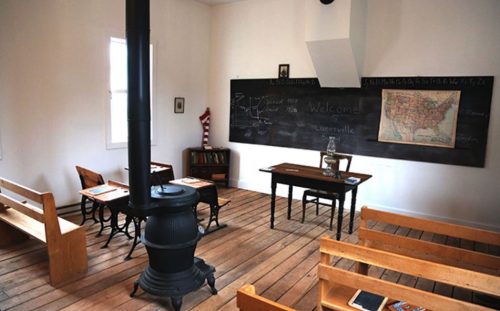 Leaders and history makers are being remembered this month in events hosted throughout Prince William County.

Community members can listen to a speech Douglass gave in 1894 on February 10 — the week of his 200th birthday, according to a release.

The speech will offered at Lucasville School, which will be opened every Saturday and Sunday throughout Black History Month.

The Ben Lomond Historic Site will be offering an event on February 23. The site’s visitors can spend the night in the slave quarters. It costs $75 per person, and reservations are required.

County residents can walk through history by touring the historic home and slave quarters on February 23. Tours cost $5.

The county’s Library System is hosting many events, as well.

Trickster Tales will be offered on February 17 at Chinn Park Regional Library. The show begins at 11 a.m.

Members of the Zeta Phi Beta chapter of Phi Beta Kappa Sorority will read stories from black history and books written by African-American authors on February 24. The event will take place at Potomac Community Library at 1 p.m.

At 2 p.m., kindergarten- through fifth-grade students can learn about quilt squares that guided those who used the Underground Railroad.

More events can be found online.

The park will be hosting The Underground Railroad Network to Freedom from 10 a.m. to 4 p.m. every Friday, Saturday and Sunday throughout February.Zeta Phi Beta