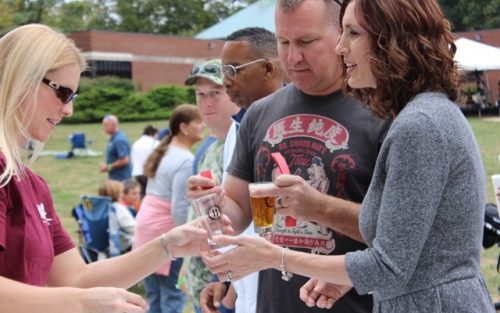 More than 60 beers at the Bands, Brews & Barbecue Festival in Manassas

A fun day of music, drinks, and food await you at the sixth annual Band, Brews & Barbecue Festival in Manassas.

According to a release, the event will be held on September 10 from 12 p.m. to 6 p.m. on the Manassas Museum Lawn at 9101 Prince William Street.

During the festival there will also be a “Bring Your Own Partner” free cornhole tournament that will run from 12 p.m. to 1 p.m., according to a release.

There is also a need for volunteers, ages 21 and up, to pour beer during the festival.

“There will be both a morning and an afternoon shift so that volunteers can still purchase tickets and enjoy the event. All interested candidates should email Brittany Bowman at brittany@historicmanassasinc.org for more information,” stated a release.

Tickets are $35 per person. To get tickets, click here.