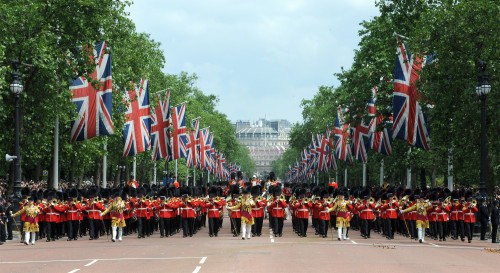 Ready for a unique musical and dance performance in the area? Then head to George Mason University’s Center for the Arts in Fairfax on January 23 and 24.

According to a release, ‘Band of the Royal Marines: Featuring the Pipes, Drums, and Highland Dancers of the Scots Guards’ is coming to the center on January 12 at 2 p.m. and 8 p.m., and on January 24 at 4 p.m.

More on the performers from a release:

A true military institution, the Band of the Royal Marines has supported the British naval service for nearly 250 years, originally providing the beat for columns of marching soldiers. The band tours internationally, thrilling audiences around the world with their visual grandeur and precision drill. The primary role of the Band of the Royal Marines is to provide music support to the naval service, but the men and women of the band have also been deployed on active duty in all major conflicts of the last century. Also appearing, The Band of the Scots Guards was founded three centuries ago to boost morale for these elite British troops while engaged in conflicts. Today, the ensemble’s duties include performing at Buckingham Palace for the daily Changing of the Guard.

Tickets are available from $31 to $52 dollars. The performance is family friend and youth tickets for children through grade 12 can be purchased for half price, according to a release.