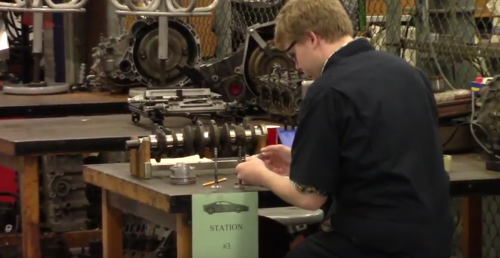 Each year NOVA Manassas hosts the SkillsUSA competition for the participating high school automotive programs in the area.

The SkillsUSA Diesel Competition was held on March 6, and students from Fauquier High School and Triplett Tech participated.

“The competition consisted of a written test and four work stations in two categories, automotive service and automotive maintenance,” stated a release.

More on the winners of the competition, from a release:

This year’s prizes were awarded by Pete Lemieux of Snap-On Tools and Autozone Auto Parts. Automotive instructors Myles Embrey and Tim Godfrey joined Hicks, Phares and Sallwey as judges for the automotive competition.

This was the first time NOVA-Manassas has held the regional SkillsUSA Diesel Competition but the campus has organized and hosted the SkillsUSA Automotive Competition for at least 16 years. To learn more, contact Phares at gphares@nvcc.edu.

“These types of competitions, as well as what I do on the day to day, are extremely important to these kids. Not only does it showcase what their abilities are, and what they’ve learned throughout the two, three, four years they’ve been with me, but it also offers them a lot of opportunities to win scholarships,” said C.D. Hylton High School Auto Instructor Eddie Stevens.