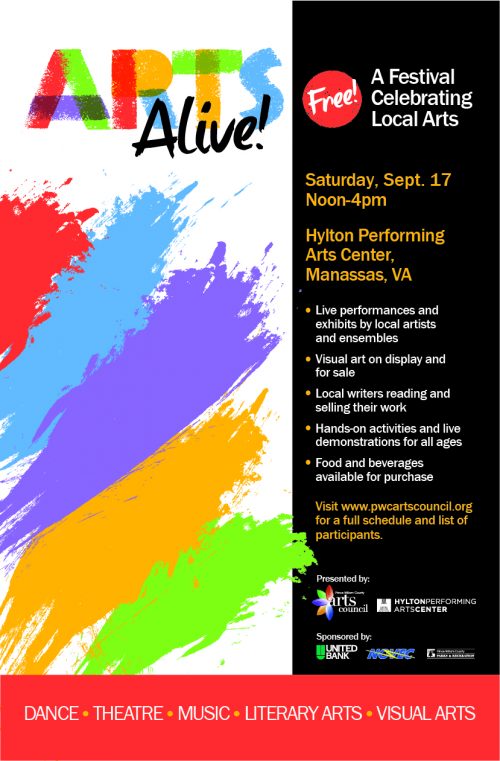 This year’s Arts Alive! Festival will be happening on September 17 in Manassas.

According to a release, the free family-fun festival will be held at the Hylton Performing Arts Center from 12 p.m. to 4 p.m.

At Arts Alive! there will be hands-on art activities for children and adults, as well as food and craft vendors on site, stated a release. There will also be more than 30 indoor and outdoor performances on the grounds at Merchant Hall, Gregory Family Theater, the Buchanan Partners Art Gallery, a tent stage outside of the building, and the Hylton Performing Arts Center’s Patio Stage, according to a release.

More on the artists involved in the event, from a release:

Both admission and parking are free.

Here is coverage of the festival: