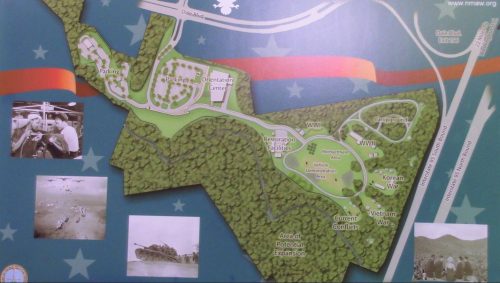 One Prince William County non-profit is seeking to honor veterans and educate community members about wartime.

Its new leader will help it fulfill its mission.

Kraig Butrum is the new Chief Executive Officer of the National Museum of Americans in Wartime (NMAW).

Butrum has worked alongside non-profits for 25 years.

“My bread and butter since I got out of graduate school was to help non-profit organizations meet their mission and their goal, and exceed in their wishful dreams,” Butrum said.

Butrum has a personal connection with the NMAW’s goals.

His father served as a pilot for a Boeing B-17 Flying Fortress during World War II and was also a prisoner of war for a year and a half. Butrum’s grandfathers served in World War I.

“This is a way for me to pay back my family and my ancestors who fought valiantly for America, and made me have the wonderful life that I have,” Butrum said. “So this is one of the exciting parts of my culmination of my fundraising and non-profit career to make this museum happen.”

The museum will offer an indoor educational center and five “landscapes of war,” according to Butrum.

“It’ll be an interactive opportunity for families to actually see, feel and touch what wartime was like for Americans — both on the war front and on the home front — from 1900 on,” Butrum said.

The five outdoor exhibits will focus on different time periods — World War I, World War II, the Korean War, the Vietnam War, and current conflicts occuring in Iraq and Afghanistan.

They will be spread across 70 acres in Dale City that the Hylton Foundation donated.

Through the displays, museum leaders hope to personalize war as well as inspire visitors.

“What I like to think of the museum is that we’re doing a lot of things with the displays, our interpretation of what war is, why Americans fight. And that includes things like honor, duty, service, and then of course patriotism and — most importantly — sacrifice,” Butrum said. “And all of those elements come true in the museum setting.”