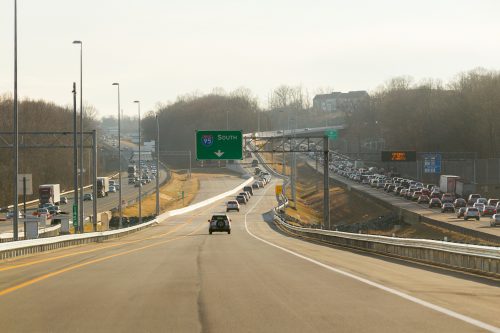 $31.1M awarded for I-95 Express Lanes extension in Stafford

A $31.1 million project was awarded to Branch Highways, Inc. to construct a reversible extension of the Interstate 95 Express Lanes, starting in Stafford.

According to a release, the Commonwealth Transportation Board awarded the contract last week.

“This project is part of a major effort to unlock gridlock in Northern Virginia. This project has been accelerated and will provide much needed relief to ease the bottle-neck at the southern end of the I-95 Express Lanes,” statedd Transportation Secretary Aubrey Layne in a release.

The goal of the extension is to reduce delays going in both directions.

“The extension will help to reduce traffic delays in the northbound main lanes during the morning peak travel period and southbound Express Lanes traffic in the afternoon peak. The extension will also improve safety by reducing vehicle merging and weaving to enter and exit the lanes,” stated Virginia Department of Transportation Commissioner Charlie Kilpatrick in a release.

According to a release, by 2021 there will be an 84-mile Express Lanes network in Northern Virginia.