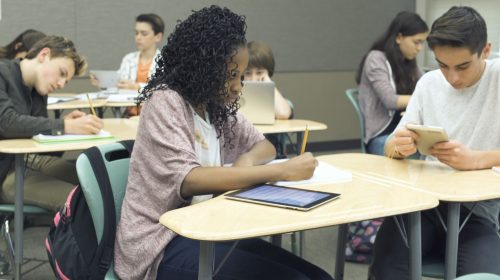 Staff members from the county school system are beginning the process of acquiring property for the proposed 14th high school.

The Prince William County School Board approved the action at a meeting held at the Kelly Leadership Center in Manassas on Wednesday.

It’s expected to hold up to 2,500 students, according to School Board member William Deutsch.

“We’re working on locating a high school to help alleviate a lot of our eastern high school overcrowding that’s current and that’s in the pipeline,” Deutsch told What’s Up Prince William.

Consisting of 105 acres, the site being considered is located just west of the McCoart Administration Building in Woodbridge, south of the Prince William County Parkway.

High schools in the county stand on around 80 acres.

“We’re looking for a site as close to the high schools that we’re trying to alleviate that’s at that size, to be able to continue our current high school layout and design,” Deutsch said.